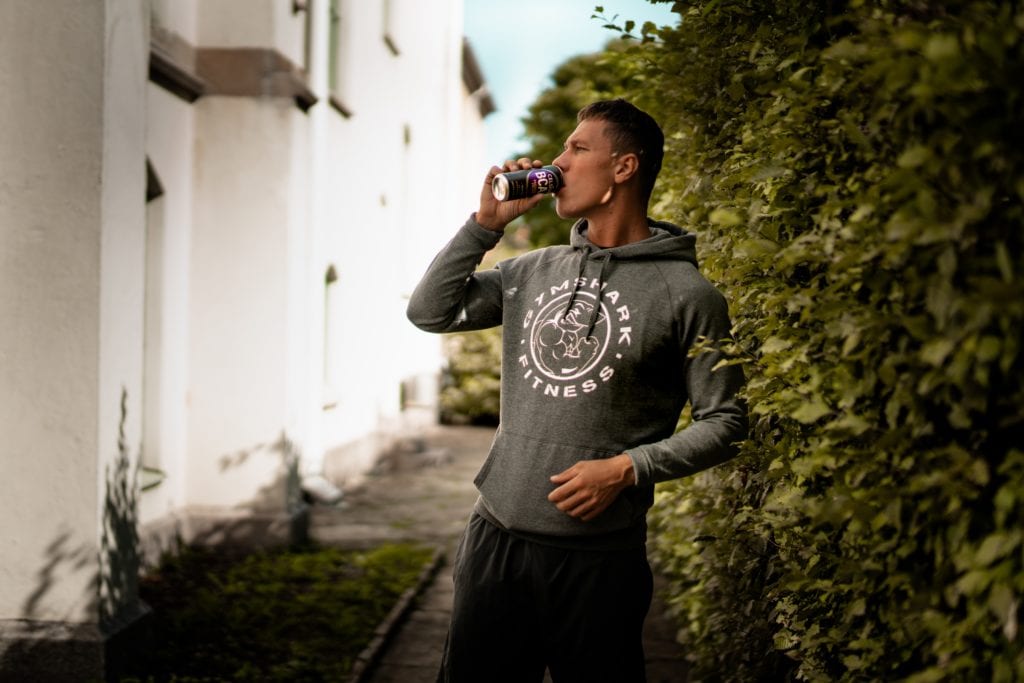 Gymshark has gone from strength to strength, establishing itself as one of the most popular brands in the UK.

As a result of this growth, the trend to ‘look good while working out’ has skyrocketed, with over 100 million posts utilising the hashtag ‘fitness’ on Instagram. 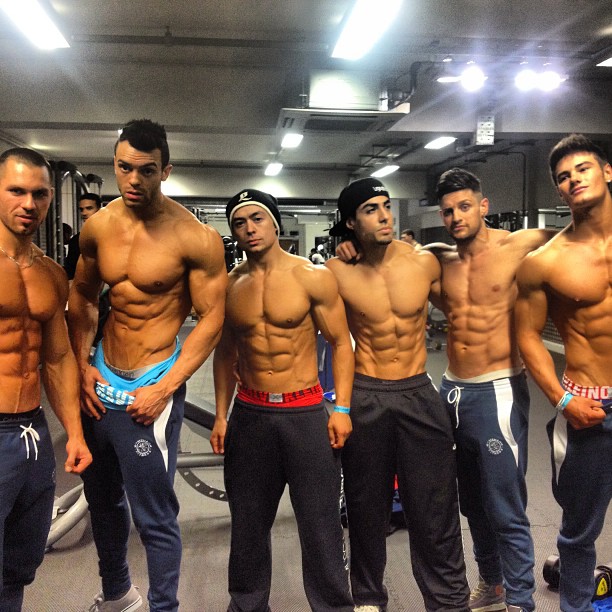 Gymshark identified a gap in the market for fashionable gym-wear and leveraged the notable increase in the number of young people consuming ‘branded goods’.

They went on to grow their brand through social platforms, which became a huge contributor to their success. In fact, their Instagram account now has over 3.1 million followers.

It’s also thought that their success has contributed to the revival of nostalgic brands such as Ellesse and Kappa.

Research shows that 2 out of 5 people (nearly half) use social media to discover new brands, with Gymshark perfectly placed to take advantage of this super-growth, just six years ago.

How Did Influencers Play A Part In Their Success?

Gymshark are often considered as pioneers of the Instagram influencer.

At the start of their journey, visible from tagged photos on Instagram, we believe the brand followed a familiar promotion technique by contacting relevant users (who became brand ambassadors), providing them with complimentary clothing in return for promoted social media posts.

The relevance of these ambassadors, in-line with the brand’s commercial focus, adapts and improves over time.

How Has Their Strategy Changed Over Time?

Thanks to Instagram and our internal tools, we can view Gymshark posts from the beginning of their journey in 2013 until now.

The change in creative focus over the last six years is considerably noticeable.

For example, in 2014, the brand ran a fairly small campaign where they asked fans to submit their own artwork, featuring their products and logo, with the chance to win a new tracksuit.

The image has achieved just 684 likes, many of which were achieved as the brand started to show signs of growth and popularity within the market.

Compare that post and its likes to the latest piece of content which has amassed 25,817 likes at the time of writing. 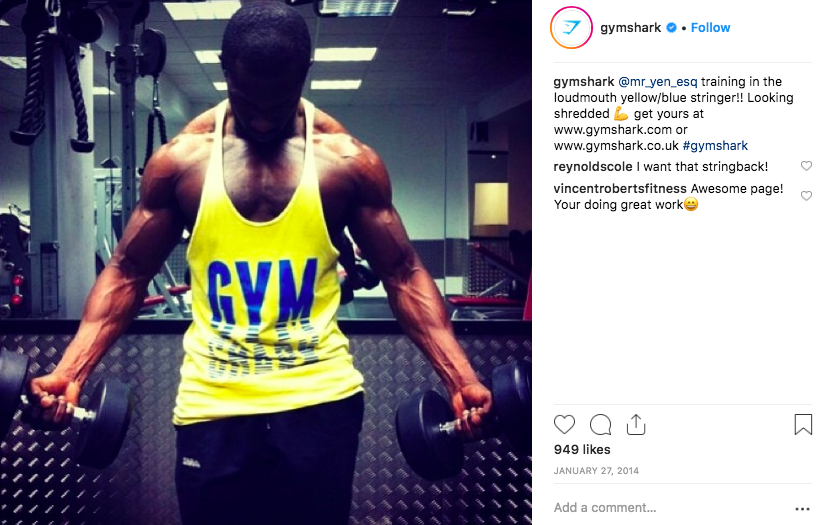 However, just a year later, we start to see a huge difference in the strategic content focus for Instagram in particular.

The brand now starts to utilise content obtained from professional photo shoots. What is now seen as common practice, certainly for brands, and influencers alike.

Lighting is on-point and women begin to feature more prominently across feeds.

The focus on ‘faces behind the brand’ is where the brand’s personality really shines through.

Likes and comments are now in their thousands – Gymshark is not starting to take off, it’s already on its way to the atmosphere. 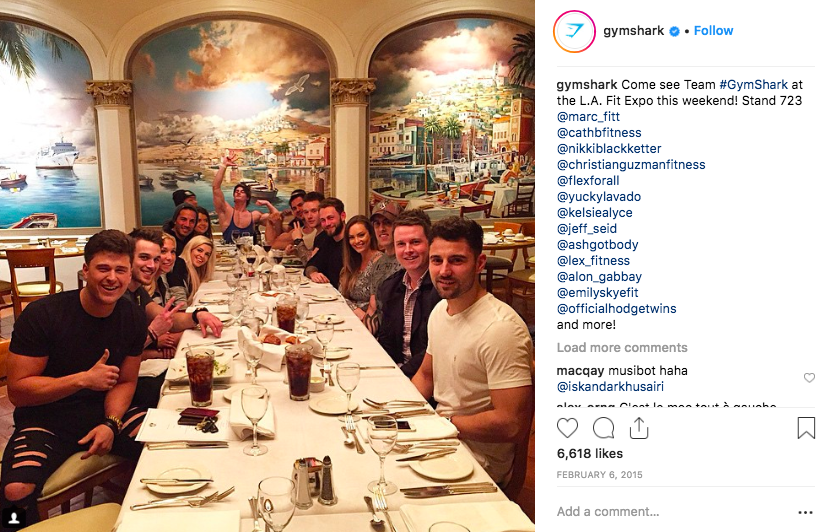 Again, an increase in likes and comments from thousands, to tens of thousands. 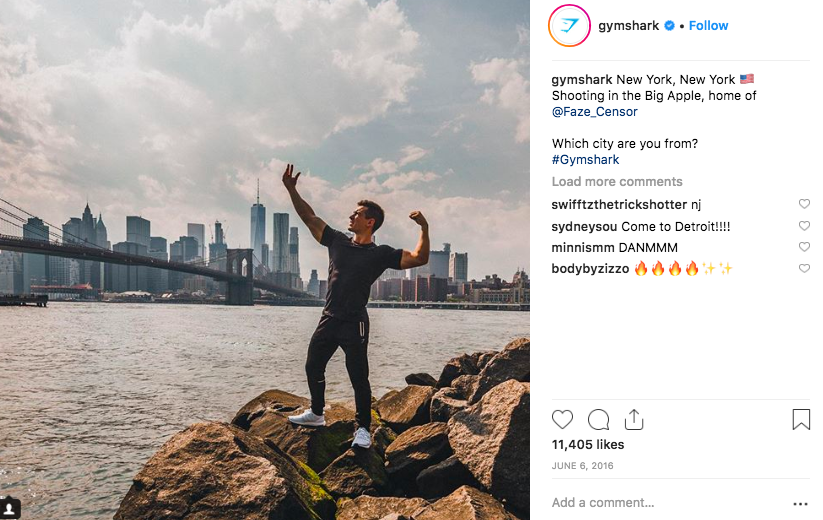 It’s now 2017, and we’re struggling to tell the difference between Gymshark photoshoots and UGC.

The need for quality and aesthetically pleasing content is at an all-time high.

We’re also seeing a shift of focus, from Gymshark establishing itself as a sportswear brand to becoming a casual fashion brand at the same time.

This change has allowed them to target new audiences, so it’s no surprise that each piece of content receives in excess of 20,000 likes. 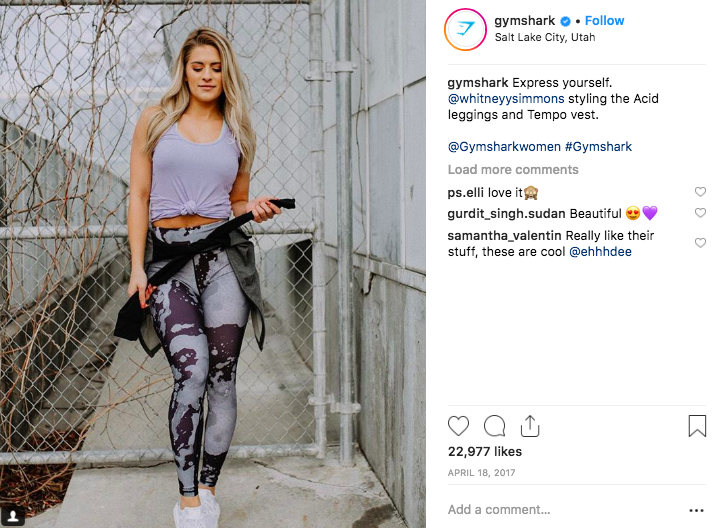 On to 2018 and the focus on the #gymsharkfamily is growing, with around 30% of posts featuring groups of employees, brand ambassadors and ‘meet-ups’.

It’s interesting to see that the lonely act of scrolling through an Instagram feed is heading back to the roots of community, tangibility and ultimately being together – we think this should definitely stay.

But where do you think the brand will be heading next?

Let us know in the comments below. 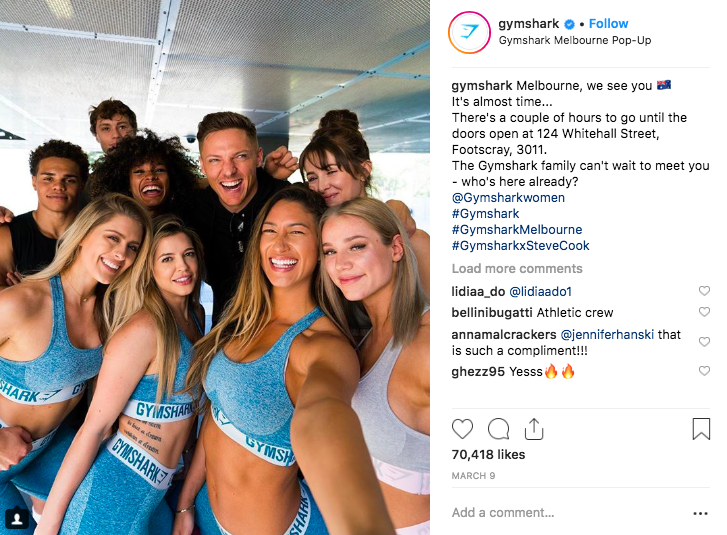