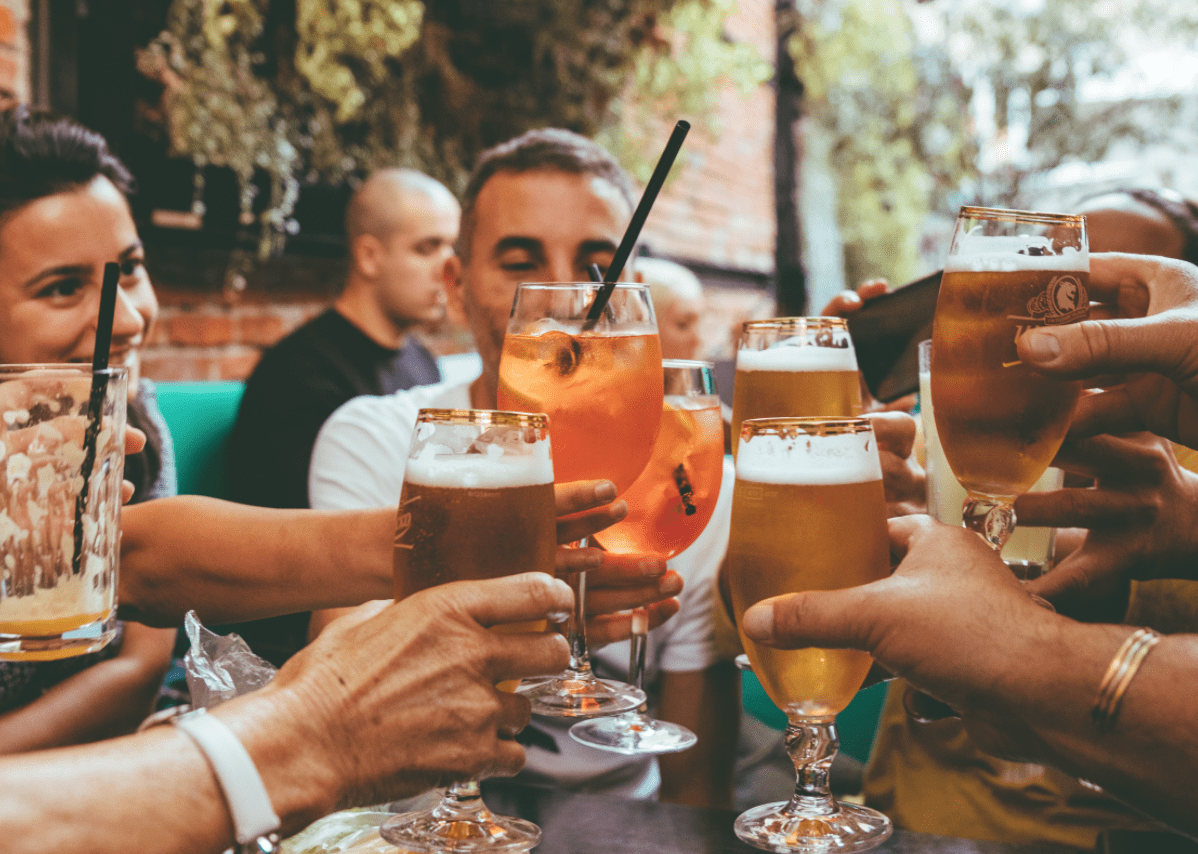 BrewDog, the well known multinational brewery and pub chain, founded in 2007 by James Watt and Martin Dickie, has been a popular topic amongst social media users – thanks to its significant Aldi collab and recent generosity of offering BrewDog venues to help roll out of the vaccine, for free.

Once known more for its stunts than its beers, the Scottish brewer is now the UK’s fastest-growing drinks company.

Over the past 12 months alone, the brand has exceeded expectations with its innovative approach to marketing – featuring slogans such as “in hops we trust” and “this is the revolution – so help me Dog” – as well as its environmentally conscious efforts to make a difference by creating its own BrewDog forest.

Maybe interviewed Jude Ross, the brains behind the brand to uncover the secret behind its ingenious marketing strategy:

“Social media is an excellent tool as it provides a direct window between our audience and our brewery and complemented by email is at the heart of our digital strategy.”

BrewDog has built a hugely successful business on the authenticity of its brand – truly caring about the beer it produces.

Its mission from the beginning was “to revolutionise the British beer industry, and redefine British beer-drinking culture”, and it’s safe to say that the brand has certainly left its mark.

Not only this but with thorough research, Maybe states

“BrewDog has posted over 280 times since mid June but generated 300,000 engagements. That’s an average of 1,071 engagements per post”. A huge figure that is way above industry average.

In this blog we delve deeper into BrewDog’s recent online activity and highlight its stand out campaigns so you can better understand the reasons for its recent social success.

Are you ready? Then dive right in.

Yes, you heard it right, BrewDog has recently confirmed it is now carbon negative. A historical moment for the brewery business, becoming the first international beer business to reach this status.

It shared this monumental news through its infamous billboard video, posted on 20th August 2020 (below) which showcases behind the scenes clips of the billboard being made in motion.

So, how have they reached this point?

Well through its £30 million investment plan, the brand has created a range of initiatives to help fight climate change, including its BrewDog Forest (something which is explored in detail below).

Receiving 43,086 views and 3,746 likes, it’s safe to say that this spectacle made its mark. With its loud, slightly controversial messaging, the campaign helped to draw in consumer interest and build intrigue from those who saw the outlandish content.

This amazing achievement for BrewDog, was marked and reflected by consumers online praise and recognition – showcasing the impact of its social media campaigns.

From Saving The Planet To Giving Dogs A Loving Home

BrewDog has put its forward thinking mindset to help tackle climate change by purchasing the BrewDog Forest in the Scottish Highlands. A 2,050 acre site where the company will plant one million trees and restore 650 acres of peatland over the next few years.

This is only one example of how the company has gone above and beyond to make a difference to the wider community.

It also collaborated with @rickygervais on Street Dog: a limited edition Punk IPA, which launched on the 12th August 2020.

The campaign saw BrewDog feature adoption ads from @AllDogsMatter and @dotslondon on its cans which helped these adorable dogs find the loving home they deserve. All profits were donated and split evenly between the two charities: Dogs on the Streets and All Dogs Matter.

This extraordinary collaboration between Aldi and BrewDog hit UK shelves in October 2020 and was an instant success. But to make things even more great for every case sold, two extra trees were planted in the BrewDog Forest.

Following on from this great success, BrewDog created another campaign by announcing the launch of a new ‘buy one get one tree’ campaign with the goal of planting one million trees this year.

During 2021, Brewdog has committed to planting one tree for every multi-pack of its headliner beers sold.

This was just one example of how collaborations such as this, can be as innovative, inventive and unique as you wish. Start a conversation now, step out the box and expect the unexpected.

BrewDog hasn’t stopped there with its core values and beliefs. On the 26th February 2020, it announced that it is officially a fully certified B Corp.

This means that it is a global community of businesses that meet the highest standards of verified social and environmental performance and public transparency to help build a better world.

This sets a standard for other businesses and proves that no matter what industry you are in, there are always environmental changes that can be made.

You may be wondering, am I reading this right? Is there a spelling mistake? But no, BrewDog has coined its very own month.

From Veganuary to Movember it’s safe to say that every calendar month features a different campaign or charity.

So, why should BrewDog miss out on all the fun?

Say hello to Febrewery. The combination of February and brewery.

“You don’t do much. Just get money off our website meaning you can drink more beer. Cheers ?”

With the signature image (below) it links its followers to its website to get money off  its BrewDog beers. Simple but effective? We think so.

BrewDog has shown that in order to make a difference and to stand out above social media noise all it takes is the four ‘i’s’: ingenuity, imagination, innovation and inventiveness.

It has shown that any company, in any industry can use its social media platforms and shout loud and proud about what they care about and what they believe in.

What do you love about BrewDog’s social media platforms?