How Facebook Has Prepared for the 2019 UK General Election 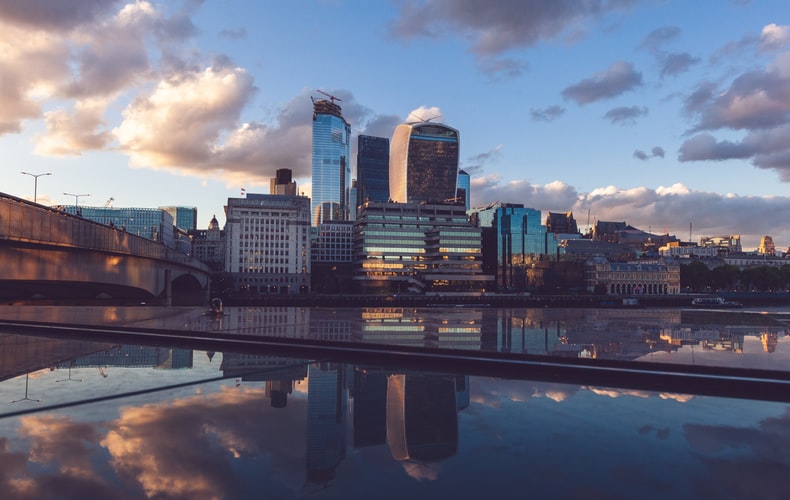 Leaders from Facebook’s offices in London and Menlo Park, California spoke with members of the press about Facebook’s efforts for the upcoming General Election in the UK on December 12, 2019. The following is a transcript of their remarks.

We needed to bring you all together, now that the UK General Election is underway, to set out the range of actions we are taking to ensure this election is transparent and secure – to answer your questions and to point you to the various resources we have available.

There has been a lot of focus on the role of social media within the campaign and there is a lot of information for us to set out.

We have therefore gathered colleagues from both the UK and our headquarters in Menlo Park, California, covering politics, product, policy and safety teams to take you through the details of those efforts.

Helping protect elections is one of our top priorities and over the last two years we’ve made some significant changes – these broadly fall into three camps:

On the issue of transparency. We’ve tightened our rules to make political ads much more transparent, so people can see who is trying to influence their vote and what they are saying.

We’ll discuss this in more detail shortly, but to summarize:

Taken together these changes mean that political advertising on Facebook and Instagram is now more transparent than other forms of election campaigning, whether that’s billboards, newspaper ads, direct mail, leaflets or targeted emails.

Turning to the stronger defences we have put in place.

Nathaniel will shortly set out in more detail our work to prevent foreign interference and coordinated inauthentic behaviour. But before he does I want to be clear right up front how seriously they take these issues and our commitment to doing everything they can prevent election interference on our platforms.

So just to highlight one of the things he will be talking about – we have, as part of this work, cracked down significantly on fake accounts.

We now identify and shut down millions of fake accounts every day, many just seconds after they were created.

We now have more than 35,000 people working on safety and security. They have been building and rolling out many of the new tools you will be hearing about today. And as Ella will set out later, we have introduced a number of safety measures including a dedicated reporting channel so that all candidates in the election can flag any abusive and threatening content directly to our teams.

The election is underway – we have brought together an Elections Taskforce of people from their teams across the UK, EMEA and the US who are already working together every day to ensure election integrity on our platforms.

The Elections Taskforce will be working on issues including threat intelligence, data science, engineering, operations, legal and others. It also includes representatives from WhatsApp and Instagram.

As we get closer to the election, these people will be brought together in physical spaces in their offices – what we call our Operations Centre.

It’s important to remember that the Elections Taskforce is an additional layer of security on top of our ongoing monitoring for threats on the platform which operates 24/7.

And while there will always be further improvements we can and will continue to make, and we can never say there won’t be challenges to respond to, we are confident that we’re better prepared than ever before.

“Before I wrap up this intro section of today’s call I also want to address two of the issues that have been hotly debated in the last few weeks – firstly whether political ads should be allowed on social media at all and secondly whether social media companies should decide what politicians can and can’t say as part of their campaigns.”

As Mark Zuckerberg has said, we have considered whether we should ban political ads altogether. They account for just 0.5% of our revenue and they’re always destined to be controversial.

But we believe it’s important that candidates and politicians can communicate with their constituents and would-be constituents.

Online political ads are also important for both new challengers and campaigning groups to get their message out.

The approach is, therefore, to make political messages on our platforms as transparent as possible, not to remove them altogether.

And there’s also a really difficult question – if you were to consider banning political ads, where do you draw the line – for example, would anyone advocate for blocking ads for important issues like climate change or women’s empowerment?

“Turning to the second issue – there is also a question about whether we should decide what politicians and political parties can and can’t say.”

We don’t believe a private company like Facebook should censor politicians. This is why they don’t send content or ads from politicians and political parties to their third-party fact-checking partners.

This doesn’t mean that politicians can say whatever they want in ads on Facebook. They can’t spread misinformation about where, when or how to vote. They can’t incite violence. We won’t allow them to share content in ads that has previously been debunked as part of their third-party fact-checking program. And we, of course, take down content that violates local laws.

Primarily, we believe political speech should be heard and we don’t feel it is right for private companies like them to fact-check or judge the veracity of what politicians and political parties say.

Facebook’s approach to this issue is in line with the way political speech and campaigns have been treated in the UK for decades.

“Here in the UK – an open democracy with a vibrant free press – political speech has always been heavily scrutinized but it is not regulated.”

The UK has decided that there shouldn’t be rules about what political parties and candidates can and can’t say in their leaflets, direct mails, emails, billboards, newspaper ads or on the side of campaign buses.

And as we’ve seen when politicians and campaigns have made hotly-contested claims in previous elections and referenda, it’s not been the role of the Advertising Standards Authority, the Electoral Commission or any other regulator to police political speech.

In our country, it’s always been up to the media and the voters to scrutinize what politicians say and make their own minds up.

Though, we have long called for new rules for the era of digital campaigning.

Questions around what constitutes a political ad, who can run them and when, what steps those who purchase political ads must take, how much they can spend on them and whether there should be any rules on what they can and can’t say – these are all matters that can only be properly decided by Parliament and regulators.

Legislation should be updated to set standards for the whole industry – for example, should all online political advertising be recorded in a public archive similar to our Ad Library and should that extend to traditional platforms like billboards, leaflets and direct mail?

We believe UK electoral law needs to be brought into the 21st century to give clarity to everyone – political parties, candidates and the platforms they use to promote their campaigns.

At the same time, our focus has been to increase transparency so anyone, anywhere, can scrutinise every ad that’s run and by whom.