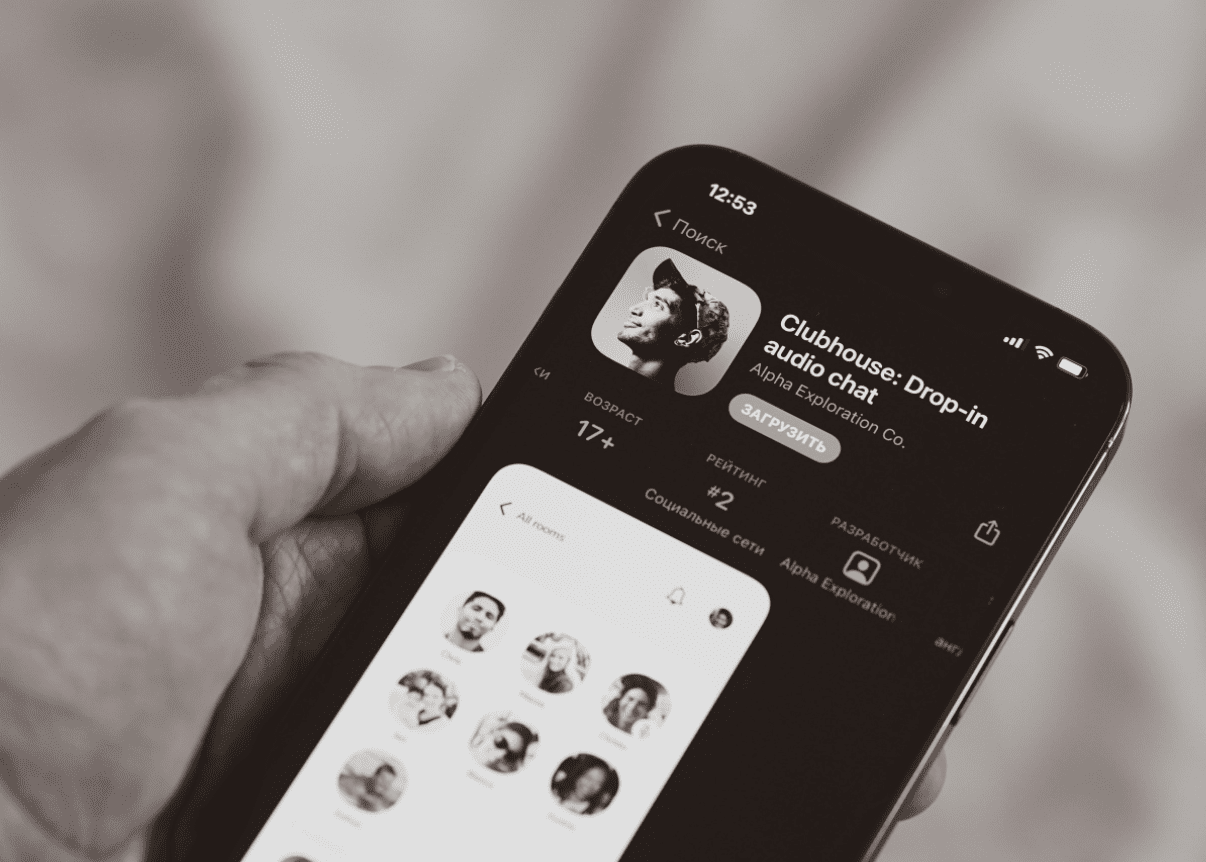 Clubhouse has arrived and if you haven’t heard about it yet, it’s the new and exclusive invite-only social-networking app.

I know what you’re thinking…

Since Covid-19 has introduced many of us to working-from-home and the rise of Zoom calls, online communication platforms have sky-rocketed in popularity.

It’s not surprising that the duo saw a gap in the market for a speaking-only based app.

So, why is everyone talking about it and is Clubhouse really going to be the next big thing?

Think of eavesdropping on an interesting conversation (with permission) or listening to a live podcast where you can raise your hand and contribute to the discussion.

Clubhouse, unlike any other social media platform, is picture and video free, solely focusing on audio. Once on the platform, users select a variety of topics to follow. The topics range from entrepreneurship, cryptocurrency, meditation and faith and religion.

Users are then suggested virtual ‘rooms’, which they can join and listen to live conversations, interviews and general discussions based on their interests.

The app live streams conversations from celebrities, industry experts and entrepreneurs 24/7, and once the conversation has ended it disappears forever.

Dropping in and out of rooms of their choice, users can stumble across Mark Zuckerberg, Oprah or Drake, just to name a few.

Why Is Everyone Talking About It?

The app aims to connect people from across the globe to spark conversations. It has already received an enormous amount of investment from Silicon Valley investors.

Endorsed by Elon Musk and Kanye West, it is not surprising that the app has become one of the most sought-after social media networks of all time.

Impressively, when the app only had a modest 1,500 users it was valued at an astonishing $100m.

Now, not even a year since the app launched and with just 2 million users, the app is valued at an eye-watering $1bn.

Who Is On Clubhouse?

At the moment not that many people.

Celebrities, industry experts and investors have all been spotted on the app, including well-known names such as Mark Zuckerberg and Kevin Hart.

How Do I Join?

To join Clubhouse, an existing user has to invite you.

Each new member receives two invites, earning more as they continue to use the app.

If you receive an invite, you will be sent a link via text message, which can be used to download the app and register.

If you’re not lucky enough to know the likes of Kanye West or Ashton Kutcher, the creators have announced their 2021 goal to roll out globally.

However, if you can’t wait it has been rumoured invites have been seen selling on eBay for a costly $89.

What’s The Future For Clubhouse?

Thanks to the huge investments, Clubhouse creators have already announced lots of new upcoming features for the app including tickets, tipping and subscriptions to pay creators.

It’s safe to say that this is just the beginning for Clubhouse, and 2021 will see great things happen for the app.

What are your opinions on Clubhouse?